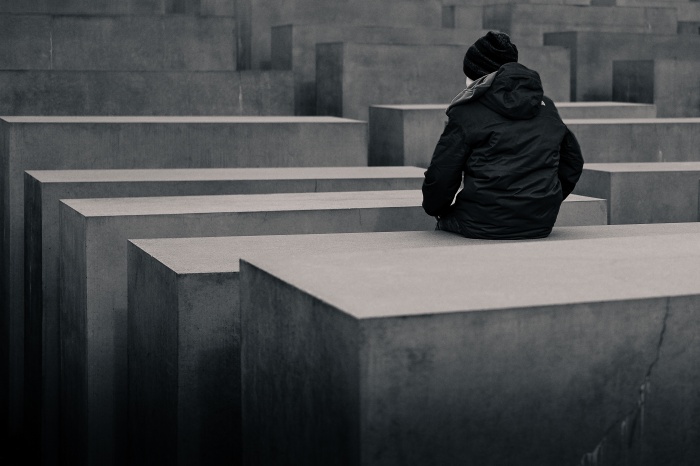 Life must be lived forward, but can only be understood backwards. — Soren Kierkegaard

For a good part of my life I have seen religion as a duty which must be accomplished with dedication if not enjoyment. Since all people are sinners and sinners must seek salvation it did not occur to me that some people might not see the point in all this religion business. “Oh, I’m not religious,” some friends would say to me, as if it were genetically transmitted or perhaps an acquired taste. They would blithely go about their lives, unencumbered by guilt, enjoying their sins, and occasionally pausing to shake their heads at my dutifulness. “Why do you bother?” they would ask curiously.
For my part, I could not understand how religion could be regarded as an accessory. It was core, at the heart, deep inside, that which guided and prompted all that was good and pure and true. One could no more shuck it off and live a decent upright life than one could see one’s hand in a room without light. There was one way to salvation and that was through obedience to the rules, as inexplicable as they appeared sometimes. And yet I continued to meet people who claimed no religious allegiance, but seemed to me honest and good, the kind of people who would take you in during a storm or give you a lift miles out of their way. It was disconcerting. Some of them even smoked.
So I tried harder, tried to be dutiful, tried to be aligned without completely losing myself. But myself would slip out of my grasp at the most inopportune moments and do something embarrassing, like refusing to stand and go forward for altar calls. Even if I had made a clear and heartfelt decision years before to join the side of the angels, I squirmed in the pew when the preacher began his pitch. I felt that I owed it to the unchurched and the disbelievers in the house to stand yet again and be a living example. Despite my inner diatribe that religion was personal and that honesty demanded a consonance between motivation, belief and action, I felt I was letting down the team.
And yet I was always fascinated by religion, or rather by the quest for God and transcendence. Growing up in California in the 60s, I was surrounded by those who sought a shortcut to enlightenment or at least bliss. I plodded along, waving as they roared past, secure that I had the safer path if by far the slower one. If it was there, I thought, I’d find it eventually by dint of just keeping at it, one foot in front of the other. But I didn’t.
I studied theology, philosophy of religion, eventually got a doctorate and taught religion for some years. I had no doubt I should be there and yet I constantly felt like an imposter. I could not be like my colleagues, men who had signed up for the church for life and who seemingly could overlook all manner of missteps and outright lies on the part of the church. I struggled to understand how to avoid the sin of self-righteousness while side-stepping hypocrisy. But pride goes before a fall—and I took a fall of my own making.
Years later I am seeing some things much differently. I am learning not to let the foibles of the official church body distract me from my own spiritual quest. I have met the enemy, like Pogo, and they are me. I know what I am capable of doing against my better judgment and where most of the fault lines appear in my foundations.
And I have learned or perhaps discovered, that signing up for a set of beliefs is not the point. Some beliefs fall away over the years because they never really found a place because I never really believed them. Others simply don’t make sense no matter how I’ve tried. But the vast majority of religious beliefs ought to be seen as practices. We practice them because in the practicing comes understanding and with understanding comes the willingness to live in grace, to be in God. “Religion is a practical discipline that teaches us to discover new capacities of mind and heart,” says Karen Armstrong in The Case for God. “You will discover their truth—or lack of it—only if you translate these doctrines into ritual or ethical action.”
Orthopraxy over orthodoxy—right action over right belief is how I see it—but with two important caveats. First, we do not earn our way through “right” action because this is not a contractual relationship. God is in the giving business, not the litigation business. Thus, I have nothing to fear from him; I have no need to protect myself. Second, belief is not abandoned, but made firm through action. “Like any skill,” continues Armstrong, “religion requires perseverance, hard work, and discipline. Some people will be better at it than others, some appallingly inept, and some will miss the point entirely. But those who do not apply themselves will get nowhere at all.”
In the end—and in fact, in the beginning and in the middle, is grace. That is what makes this whole venture possible. Room to move, to experiment, to make mistakes and learn from them. Here is the mysterious presence of the Christ. T. S. Eliot knew something of this, laying down the lines in The Wasteland:
“Who is the third who walks always beside you?
When I count, there are only you and I together
But when I look ahead up the white road
There is always another one walking beside you. . . .”
And that is enough for the time being.
(Photo: Moritz Schumacher, Unsplash.com)