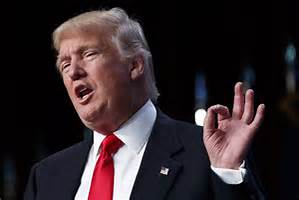 We need to pay attention to his lying for it can teach us a great deal about his methods of leadership and his views on democracy. We need to be alert to the various kinds of lies he and his administration will use, and the effect they will have on us as members of an experimental democracy. Most of all, we need to examine ourselves and our own tendencies to lie.

Recently, the editor of the Wall Street Journal, Gerard Baker, in an appearance on “Meet the Press,” demurred when asked by Chuck Todd if the Journal would call out Trump when he lies. “I think if you start ascribing a moral intent, as it were, to someone by saying that they’ve lied, I think you run the risk that you look like you are, like you’re not being objective,” he said. Baker believes the Journal should report what Trump said and let the readers decide if it was a lie or not.

But this betrays the historic role of the news media in ferreting out the truth no matter what. Few of us have the time or the means to drill down through the layers of propaganda, news releases from public relations firms, and “image refurbishing” that goes on daily. To a great extent, we rely on real journalism to do that for us, the kind of investigative journalism that doesn’t just find two opinions on the same topic and hit “publish.”

Journalists need to call out the lies when Trump doubles down on a statement that has been proven false, such as his claim that he saw thousands of Muslims celebrating when the towers fell on 9/11 or that he was against the Iraq War. It is crucial to our moral vision that we distinguish, regularly and clearly, between truth and falsehood. And it’s even more important, in an age that is skeptical that truth even exists, to persevere in searching for the truths that can be established.

As someone who teaches philosophy and ethics, I have a professional as well as a personal interest in understanding lying and deception. This semester, at Trinity Washington University, I will be teaching a course in Social and Political Philosophy. We will study historical sources on how societies are formed, maintained, survive and are destroyed as a result of their ideas and practices. In addition to selections from the usual suspects such as Plato, Aristotle, Machiavelli, Hobbes, Rousseau, Locke, Marx, and Gandhi, we’ll be reading and commenting on current views on our political process and ethics. One of the readings for the semester will be Sissela Bok’s 1978 book entitled Lying, as relevant now as it was in the wake of the war in Vietnam, the bombing of Cambodia, and Watergate.

Every administration lies, even if it’s using Plato’s “noble lie,” to hide from the people what they supposedly could not understand or to advance the public good. This is not a partisan issue. But I believe that with the Trump administration we will see lying on a scale we’ve never seen before. I think we should understand what lying is, what the many forms of lying and deception are, and ultimately, how we can be more honest with each other. I’ll be writing occasionally about these topics as a way to personally sort out what I’m thinking and learning about lying. I invite you to join me.

I’ll close with a quote from Sissela Bok that reads, “Trust is a social good to be protected just as much as the air we breathe or the water we drink. When it is damaged, the community as a whole suffers; and when it is destroyed, societies falter and collapse.”

2 thoughts on “A Case Study in Lying”