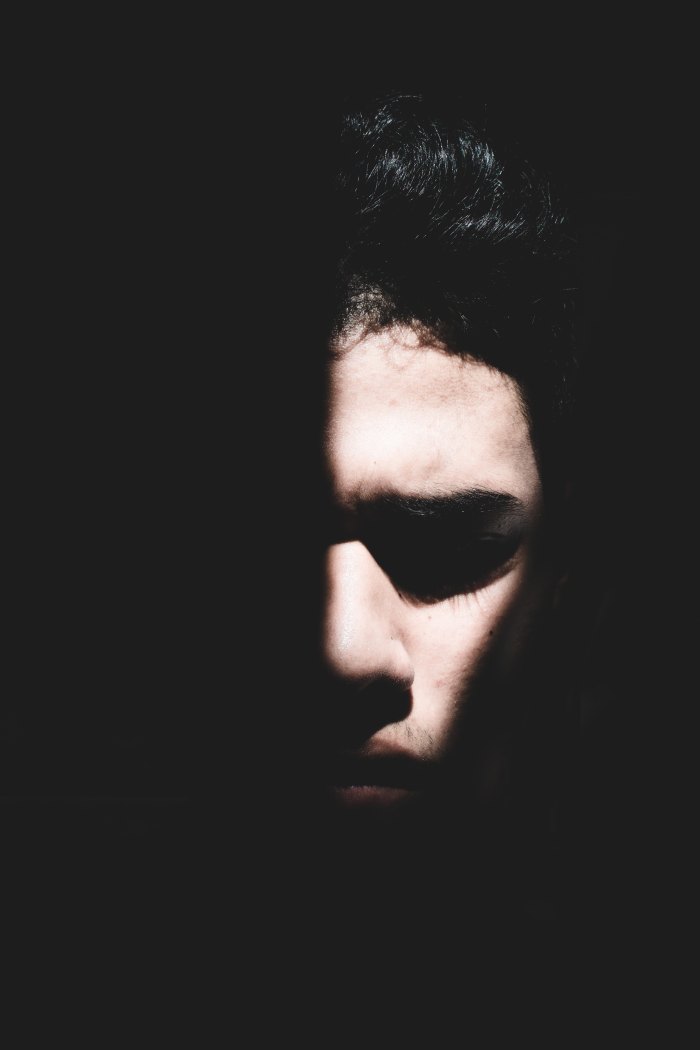 They were astounded at his teaching, because he spoke with authority. In the synagogue there was a man who had the spirit of an unclean demon, and he cried out with a loud voice, ‘Let us alone! What have you to do with us, Jesus of Nazareth? Have you come to destroy us? I know who you are, the Holy One of God.’ — Luke 4: 32-34

If you can believe the sign in the parking lot, the church is a demon-free zone. Just who certified this isn’t exactly clear. But up to now there’s never been a demon there in all the years I’ve been attending, at least not one that was visible.

If I’d wanted to see a demon, the church would be the last place I’d go. Yet there it was. And where there is one, there are many. It’s like switching on the light in the kitchen and seeing a lone cockroach scuttling across the floor. You just know there’s never just one.

That man was carrying one in his gut like a parasite. That’s the only explanation I can think of. To look at him you’d never think he was host to a Legion of devils. In fact, he was the one who talked the most about them. “There could be one among us today!” he’d exclaim. You could hear him out in the narthex, grilling the visitors. I guess he thought they could wipe their feet before they came in and that would somehow do the trick.

Do we think the demons avoid the church because there is some magical aura that rebuffs them, some force-field against which they cannot hurl themselves? Don’t be silly. A church is like any other building, just quieter when it’s full. Not much happens at our church; perhaps that is why the demons have always left us alone.

But he wouldn’t let it alone. “We’ve got to stand together,” he’d say. “All of us in unity. If we give the Devil an opening he’ll crack us like a walnut. If you harbor thoughts otherwise you will not stand in that day! You’ll be the one who lets the Devil in amongst us. Do you want to be that person? Really?”

In a meeting someone finally said, “Pastor, why do you think we’re demon-bait? Have we ever given you reason to think we are?”

“Can you prove you’re not?” said one of the men next to him. “Do you really think you’re qualified to know the signs? Don’t you think the best thing is to trust those of us who’ve had some experience in these things?” He waited.

In the silence the pastor cut in. “We’ve argued about this long enough,” he said with a frown. “There are doubters among us.” He pulled out a form and laid it on the table.

“We’ve got to be unified,” he said. “We don’t have any time to lose. I want you to put aside your doubts and join me in a pledge to stand against the Devil and his hordes. That’s what this church has always stood for: unity for the mission.”

He tapped the form in front of him: “This is your day of decision. Sign this or forfeit your right to speak.”

“But you can’t do that,” someone protested. “Besides, signing a piece of paper doesn’t prove anything. What matters is what we decide in our hearts. It’s between us and God.”

The pastor stood. The late afternoon sun poured redly into the room, casting him in both light and shadow. His hands balled into fists.

“Do not oppose us,” he said softly.

2 thoughts on “How We Prevail on Earth”