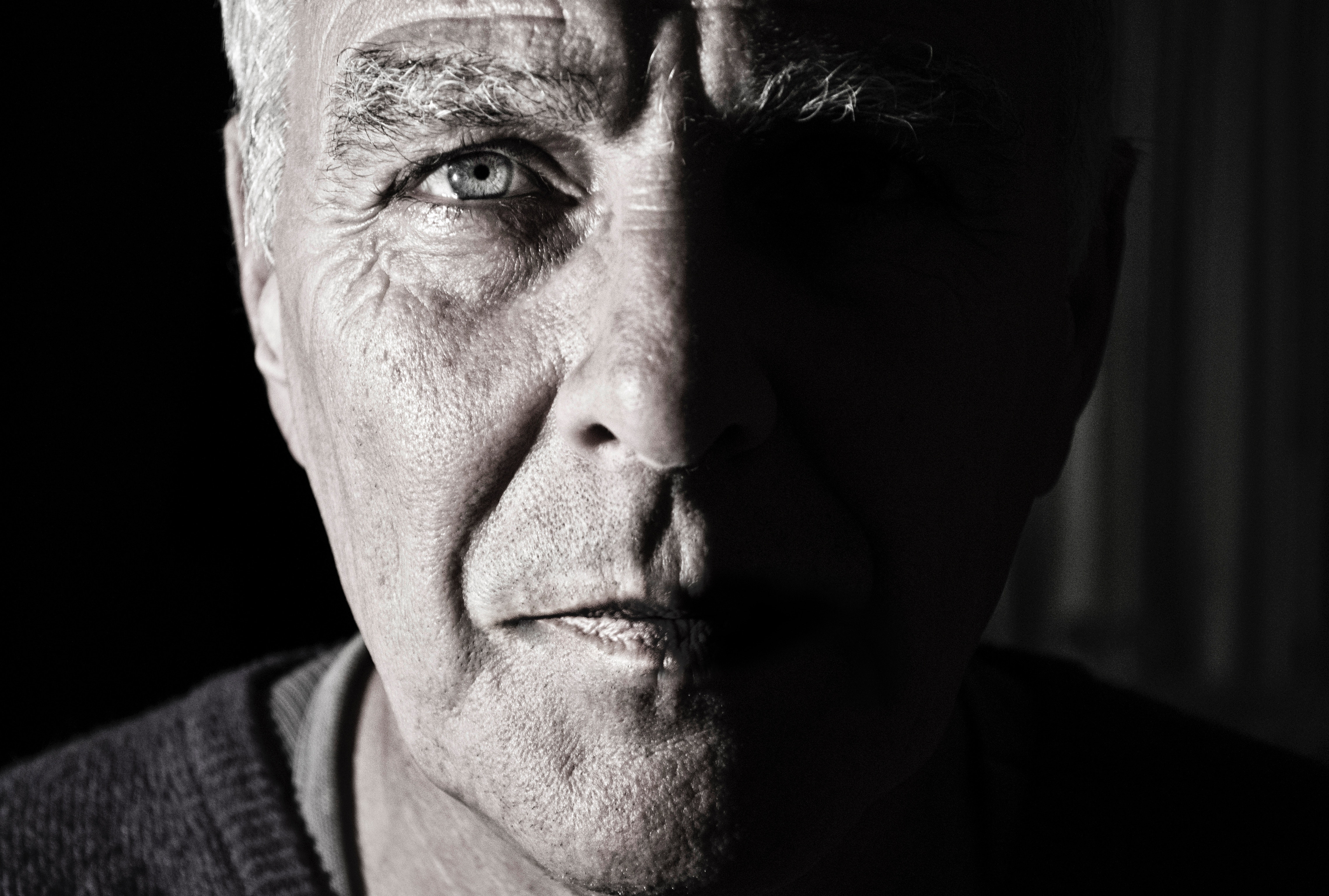 The distinctive thing about real facts, however, is their individuality. Not to put too fine a point on it, one could say that the real picture consists of nothing but exceptions to the rule, and that, in consequence, absolute reality has predominantly the character of irregularity.— Carl Jung, The Undiscovered Self

Of all the strange things that happened to us that year, my walking on the water got the most laughs. Even today it’s a cliche for magical thinking, the punchline about someone who thinks he’s divine or just insufferably self-righteous.

I’ve always had impulse-control issues. I load, I fire, I aim. I leap—and I look—all the way down.

I am Peter, aka The Rock, not because I am the foundation for the church, but because I am hard-headed. He knew that, of course; it was an inside joke between us. You put the least-qualified in charge and see how it rolls. By beholding we become changed and all that. There is something to that, by the way, for I softened over the years. Not that I was weak, but rather I became deliberate. That was years away from the unfortunate water landing, and well after Jesus leaned into me one afternoon and said, “Someday they will bind you and take you where you do not want to go.” Just that, and he held my gaze for a moment, stopping my quick retort.

For once, I had nothing to say. I dropped my eyes then, for I was seeing myself on a stony path by torchlight, my hands bound in front of me, soldiers at my back and front.

I am the disciple, remember, who almost got it right about Jesus and then got it all wrong—all within an hour. He had asked one of his questions again; this time he wanted to know what people were saying about him. An odd question, until you realized that almost no one knew what he was. It wasn’t enough that he was a man from Nazareth or even that he was the one who made a few loaves and fishes into a meal for thousands. The crowds only had a few superheroes they could imagine: Abraham, Moses, Elijah . . . oh, and John, recently beheaded by Herod. So they thought he was another version of one of those.

He asked, “Who do people say I am?,” and we all muttered one thing and another about Elijah and John. “Who do you say I am?” he said, and we all looked at our shoes. He really seemed unsure. It was as if he needed confirmation of something he desperately hoped was true—or was afraid was true.

You have to get these things right for him, and frankly, we weren’t all that sure ourselves. But, as usual, I jumped in there with the answer we all wanted to hear. “You’re the Messiah!” I blurted. There wasn’t anyone else who it could be, even though he didn’t seem to care much about the position. But this time he didn’t deny it. Of course, he didn’t admit to it either. He just told us to keep it to ourselves.

“Well, good,” I thought, “things are looking up.” But then he started in about going up to Jerusalem, and how the elders, and the chief priests, and the scribes would reject him. That wasn’t a surprise: he’d been on the outs with them for a long time. The words were coming in a rush now, about how he would be killed and would live again three days later. He was very plain about it. That’s when I pulled him away from the others. I lowered my voice, “What are you saying? We here know you are the Messiah. Take it! The Messiah doesn’t die. Am I missing something here?”

At that he spun back to the others. “Get away from me, Satan!” he shouted. “You’re counting on human plans, not divine ones!” He was speaking to them, but he meant me. I saw the shock on their faces at his words and then they glanced at me, horror-stricken. Before I could reply, he was rounding on the crowd that was gathering.

“If you want to follow me, then take up your cross! If you want to save your life, you will lose it, and if you lose your life because of me and the gospel, you will save it.” Clearly, this was crazy talk, but he wasn’t through.

“What does it matter if you gain the whole world, but you lose your own soul?” He glanced around at them. “What could you give to get your soul back, eh?”

I am remembering all this because I have been trying to sort out how we who followed him understood him. When you’re in the midst of it you just try to keep up. The understanding comes later, I found. And if we take up our cross to follow him, then at some point the cross becomes more than a symbol: it is a killing machine upon which we really do die. After all, the point of “taking up one’s cross” is to realize that we carry our death with us daily. What I couldn’t understand at the time is how that could ever be anything but suicide or treason.

At the time I could not bear the thought that he would die in this way. I envisioned a deathless life for him. I saw him as the one who would change the architecture of our world so that the long shadow of this constant cruelty would vanish. I wanted him to open up the sky so we could stand in the sunlight as creatures of God, not as prisoners of Rome. If that meant pulling down the palaces and temples that blocked the sun, then let’s get on with it.

But that’s not what he was on about. He saw the world so differently than we did. I wanted to ask him, “When you look at the world what is it that you see?”* There were times when we were with him that something he said or did clicked into focus and we saw an expression that was so clear and so true that it changed the atmosphere when he walked into the room.

But I found that the clarity dissolved when he wasn’t around. When we tried together to remember and explain it to each other later in that upper room, it refracted like a kaleidoscope. My unprayed thought back then before his death was that I tried to be like him, I tried to feel the way he did, but without him it was no use.

I couldn’t see what he saw when I looked at the world.

All these years later I am writing from this prison cell. As he said so long ago, my hands were bound and I was led away.

His death changed everything, of course. That was all, but it was everything. I carried my cross every day after that.

I betrayed him and he forgave me.

This is how we see the world like he does — through the lens of betrayal and forgiveness.

These are the real facts.