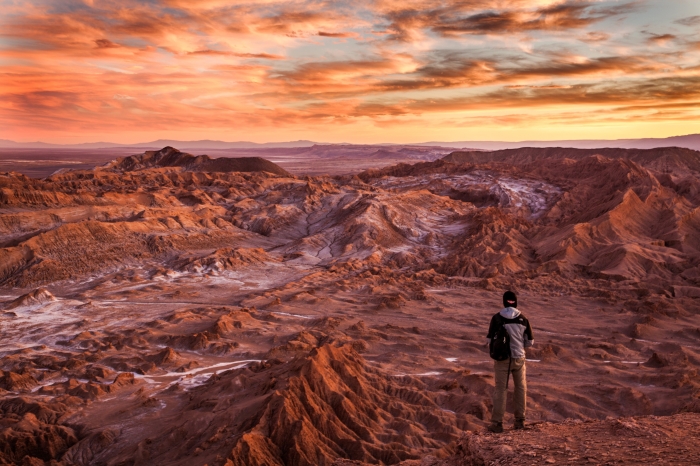 “It’s on the problem of evil that reason truly stumbles, and skepticism truly triumphs. For here reason is not merely in trouble but in pain.”

In one way or another, for most of my adult life, I’ve been struggling with the problem of evil. In philosophy of religion this is known as theodicy, the act of justifying God’s character in the face of the constant presence of evil in the world.

The problem is stated by British philosopher David Hume (1711-1776) in this way: “Is he willing to prevent evil, but not able? Then is he impotent. Is he able, but not willing? Then is he malevolent. Is he both able and willing? Whence then is evil?”

Something like theodicies, or at least stories that raised the question, have been around for as long as people could tell stories—even before they could write them down. But in fact, blaming or justifying God is the effect. The more pressing question is the cause: why is there evil at all?

There are a multitude of viewpoints. Some are trivial: This is evil, that is good. Excise the evil, keep the good. Repeat as needed. Some are nuanced: Alexander Solzhenitsyn, reflecting on his years in the Soviet Gulag, says, “But the line dividing good and evil cuts through the heart of every human being. And who is willing to destroy a part of his own heart?”

Philosophers refer to evil as a problem, as do most people when they talk about it in a rather abstract way. We think of problems as things which can be solved. We might not solve them, but we’re confidant that something will make them better one day. Technology, probably.

In the most reasonable of ways, Hume sets out in his Dialogues Concerning Natural Religion, to show that reason utterly fails when attempting to solve this “problem.” Susan Neiman, whose history of philosophy, Evil in Modern Thought, includes a masterful and ironic reading of Hume, gives us a well-crafted sketch of his evidence.

Theodicies generally make a distinction between natural evil (the hurricanes that devastated Houston and Puerto Rico) and moral evil (Harvey Weinstein’s predations on women). Hume uses the assumptions of natural religion, the idea that our natural abilities—reason and the senses—can be used to discern the nature of God and our religious and moral duties—he uses those to undermine the interests of reason.

Traditional and natural religion relied on a school-yard challenge to opponents of God’s design in nature. What kind of world would you create? Not a fantasy world where everything magically worked out, but a real world with constraints like gravity, decay, and extremes. Hume looks at the world with a skeptical eye and asserts that the evils of the world can be expressed in four circumstances. Any and all of them could have been avoided with a bit more planning on the part of the Creator.

The first circumstance is that pain is used as a goad to action. But couldn’t a world be designed in which pleasure is the prime motivator? Would it have been so hard, asks Hume, to drive us to action through degrees of pleasure? When we’re hungry our pleasure is decreased, leading us to seek nourishment. When we’re cold we seek a return to warmth. Is the amount of pain we experience in the world really necessary in a modestly successful world-design?

The second circumstance is the necessity for natural laws. A world based on laws is predictable and stable. But while there are natural laws, they don’t necessarily work to our particular advantage. What seems much more obvious, says Hume, are the accidents. In fact, instead of constancy and predictability what we most often experience is the irregular and the contingent. If anything can go wrong it will. Couldn’t we have a world in which tankers didn’t burst into flame, in which people in the prime of life weren’t cut down by cancer, and in which those in power didn’t grind the faces of the poor just because they could? Is that asking too much of a Designer?

A third circumstance is the stinginess of nature. The Author of creation didn’t distribute gifts equally to His creatures. The swift are frail—think of the thin legs of deer. The slow and ponderous are helpless if stopped in their tracks—think of a turtle flipped onto its back. And reasoning creatures—we humans—have no natural defenses and we take a disproportionate time to mature. We need constant attention to physically survive to the point where we can successfully rely on our brains to get us through life. It’s really shortsighted of God to skimp on the materials; couldn’t He have thought about these problems before starting? Do we chalk it up to a lack of goodwill or sheer incompetence?

And while he’s at it, Hume adds a fourth circumstance that produces evils in the world. When we look at the “great machine of nature” we can see that some of the parts fit together fairly well, but most of them lack precision. It’s a sloppy job. Winds might be required to make a world work, but why do they have to become hurricanes? Passions and emotions are necessary, but why do they have to spill over into hatred and violence?

If this is my Father’s world it’s not a very satisfying one. Hume, having contracted the Creator for the job, would fire Him for shoddy workmanship. If God is all-powerful, surely He could make a world that worked better. If He is benevolent and powerful, why wouldn’t He want to make the best possible world? Try to reason that out to a satisfactory conclusion: Hume says it’s not going to happen because human reason will let you down and lead you wrong.

Susan Neiman summarizes Hume’s argument: “If you follow human reason, you expect the world to be one way. If you open your eyes, you see that it’s another.” The world doesn’t bend to our syllogisms and arguments. We’re not going to solve the problem of evil through reason, says Hume cheerfully. If we want to maintain God’s existence and benevolence we are free to do so through faith, without anything that looks reasonable at all.

Reason or faith? Pick one, because you can’t have them both.

The Latin word “problema” finds its origin in ballein, Greek for “to throw;” thus a problem is something thrown in our path. Ballein also gives us “diabolical”, from diabolos the name of the devil, the literal meaning of which is ‘to throw across.’ Problems are thrown in our path by the original problem-thrower, the Diabolos, the Devil. We can go over them, under them, around them, or through them. Or we can remove the obstacles from our path.

But if we’ve learned anything through all these stories in these many millennia, it’s that evil cannot be removed like an obstacle in our path. One philosopher, Gabriel Marcel, makes a useful distinction between a problem—something that is objective and outside my being, which can be reduced to a set of details—and a mystery —“something in which I find myself caught up” and in which my very identity can be questioned. Problems can be solved, objectively, at a distance. Mysteries of this sort can only be understood from inside them, subjectively, and without ceasing.

What are we to do?

This is not the place for smugness and self-righteousness nor should we indulge in what Thomas Merton calls “the rotten luxury of self-pity.” Likewise, any trumpeting about the “Church triumphant” should be stilled. We are not saved through the Church nor will the Church save the world.

As long as humankind subverts its freedom we will be subject to evil in our world. Since that subversion is how we play this game this is the mystery that shapes us—person, tribe, and nation.

“For the Christian who really understands his faith,” writes Reinhold Niebuhr in Beyond Tragedy, “life is worth living and this world is not merely a ‘vale of tears.’ He is able to discern the goodness of creation beneath the corruptions of human sin. Nor will he be driven to despair by the latter; for the God in whom he believes is the redeemer as well as creator.”

I do not want cheap grace nor a faith that does not reckon the cost. I want faith that has the courage to be kind and strength that is unashamed about its need. Like Jacob, I must strive with God. There is innocence—to which we cannot return, and there is experience—within which we cannot remain. But our hope and redemption lies in an innocent experience, a transformed seeing of the world in all its cruelty, tragedy, comedy, and glory.

There is undeniable goodness and beauty in the world. At times it is difficult to see, but it is always, always, here. That’s encouraging, but these glimmers will not be enough to last us when optimism in human progress dries up.

Where do we look when we try to hope in spite of evil? When I carry a cup up to my loft I’ve found that if I don’t want to spill it everywhere I have to look at the cup, not my feet. In that way I can provide equilibrium for the cup while trusting my feet to find their way without tripping. That’s a metaphor for the tangled hopes we carry. We’ve got the cup of salvation in our hands, but we’re still afraid for our feet.

“For you have delivered my soul from death,

my eyes from tears,

my feet from stumbling.

I walk before the Lord

in the land of the living.

I kept my faith, even when I said,

‘I am greatly afflicted’;

I said in my consternation,

‘Everyone is a liar.’

“What shall I return to the Lord

for all his bounty to me?

I will lift up the cup of salvation

and call upon the name of the Lord,

I will pay my vows to the Lord