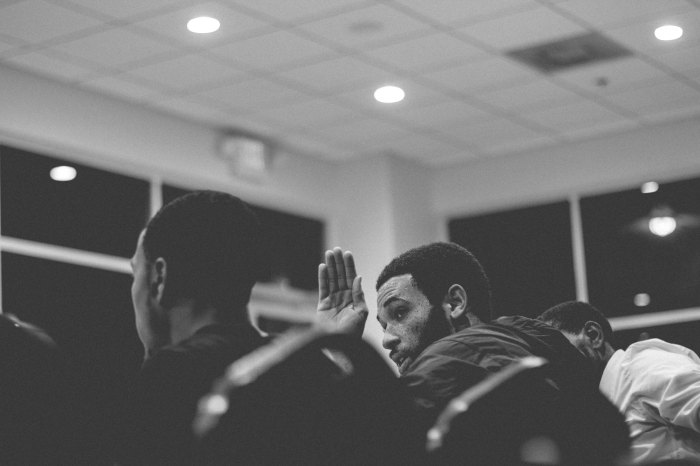 “It is not enough to relate our experiences: we must weigh them and group them; we must also have digested them and distilled them so as to draw out the reasons and conclusions they comport.” — Michel Montaigne, The Art of Friendship

“This is only my opinion, but. . . .”  Lately, whenever I hear that in the classroom, in a conference, in a faculty meeting, or in casual conversation, I want to tear off all my clothes and start screaming. Since that is against most social norms and my better judgment, I signal my displeasure by the merest arching of an eyebrow.

How did we come to this point in common discourse? Why is it that when we edge ever closer to subjects of significance and weight, points that ought to be argued, elements of life that divide and conquer people, we retreat with a disarming smile into a cloud of unknowing?

The rules of engagement in these battles are followed to the letter. First, the disclaimer: “This is only my opinion. . . . “ Translation: I’m sorry if you take offense at anything I say, but everyone has the right to their own opinion.” This is followed by the actual opinion, which varies in its relevance to the discussion, but usually reflects the unconscious prejudices of the opinionator. Finally, there is the idemnification clause, intended to protect against the disagreeable opinions of others fired at point-blank range: “You may disagree, that’s okay—everyone is entitled to their own opinion—but I’m just saying. . . .” Then the speaker usually lapses into passivity, content to have said his piece, but uninterested in any extension of the argument unless it challenges his right to express his opinion.

This signals the death of dialogue and the throttling of democracy, which relies on the free exchange of ideas. But how can ideas freely circulate when they come walled about with petulant assertions designed to shore up fragile egos? We have lost the art of “conversation,” a word which can be traced back to its Latin roots in the idea of living in company with others, literally, ‘to turn about with.’ Another ancient root, a scriptural meaning, relates conversation to a ‘manner of life,’ or a way of being, never merely as a means of communication. It signifies a willingness to trust one another, to extend to others the means of grace whereby genuine learning can take place. It assumes that conversation takes time, that it evolves, and that it is so much more than mere assertion.

Robert Grudin places this squarely in the realm of liberty and calls these conversational skills the ‘arts of freedom.’ In a fascinating meditation entitled On Dialogue, Grudin says, “Once gained, moreover, the arts of freedom must be kept fresh by thought and action, taught to the young, bequeathed down generations.” Otherwise, he warns, the posturing demagogue and the ravenous mass-marketer “will turn liberty into its own caricature, a barbarous fool driven by fear and greed.”

It might seem a long leap from a classroom discussion to the foundations of democracy. We must also be wary of blaming the end of civilization on the young and restless. But Grudin, a professor of English at the University of Oregon, believes that these arts can and should be taught. “The operative pedagogical philosophy is that skill in these arts will enable people to make decisions and follow courses of action beneficial to themselves and society. In other words, people can learn freedom. Freedom is useless without a rational and emotional instrumentation that gives it substance.”

What I often see in classroom discussions is more a clash of egos than an exchange of ideas. Many times those who speak up are so eager to claim their point of view as theirs that the point—if there even was one—is lost.

Teachers don’t help much either. When I worked in faculty development I saw many syllabi which laid out elaborate rules for classroom discussions. I was struck by the pervasive fear which ran through the assumptions behind these rules. Students had to be protected from the sharp edges of differences between them: once you entered the classroom there were no races, genders, or cultures. Reference to these social categories was taboo: each person was simultaneously an individual so autonomous that she perceived reality in exclusively personal terms and she was a member of a massive, amorphous, egalitarian lump. No doubt the intentions were that no student should feel discriminated against—something no one should have to suffer—but the effect was to limit discussion to the confident few who wielded their vorpal swords for sport. These parts of our identity help make us who we are and we ignore them at our peril. They come back as labels and epithets if we don’t take their influence into consideration.

We learn with each other: that’s what conversation is. We are social beings, which is to say we find out who we are through interaction with others as well as reflection by ourselves. Self-awareness and self-reflection, though, are learned behaviors, brought about through practice in hearing about ourselves from other people as we dialogue. When we don’t practice at listening before we speak we panic when spoken to. Our desire to be known for ourselves rises up and before we know it we are chanting the mantra of the blindingly obvious: “Everyone is entitled to their own opinion. . . .” Whereupon we deliver our opinion as a verdict rather than an invitation.

I once went to a conference for men held at a large hall in downtown Washington, D.C. It was led by Robert Bly, a poet and self-styled men’s mentor, who had just published a book entitled Iron John. It was a manifesto on being a real man without becoming a slack-jawed, brutish jerk. During the course of his presentation he gave some time for statements and questions from the floor, but placed some conditions on the speakers.  They had to keep their contributions to three sentences in the interest of time and they could ask questions—but any sentence that was not a question had to be a simple, declarative sentence. It was issued as a challenge: say what’s on your heart without hedging it about with qualifiers. I took it as a request for open, sincere, and rugged conversation.

Nobody could do it.

Virtually everyone who spoke danced about their subjects, adding implied questions, footnotes, self-referential phrasing, and jargon. Bly was disgusted and berated us for our narcissism.

I have often thought of that experience for it revealed some principles I’d like to live by. We need to think before we speak; we need to listen to others; we need to give each other grace so that we have a space in which to learn from each other. That’s not my opinion, that’s my invitation.