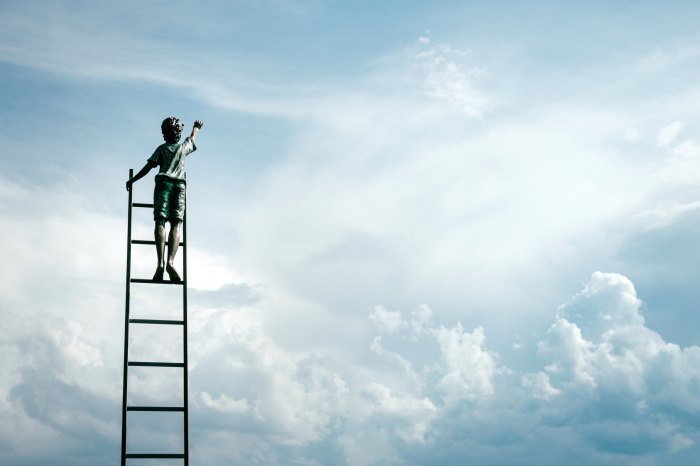 “There are billions of gods in the world . . . Most of them are too small to see and never get worshipped. . . They are the small gods. Because what they lack is belief. . . Because what gods need is belief, and what humans want is gods.” — Terry Pratchett, Small Gods

Sometimes we need a brisk jolt to the spiritual nervous system, like the whack from the paddle that the Zen master gives his novices who zone out under his watchful eye during their sitting meditation. Terry Pratchett does this with his cheerful parody of institutional religion called Small Gods. If all you got out of it was the epigraph above, you’d still be ahead of the game.

The root idea here is that the gods are remarkably human in that they rely on others to validate their existence. The more the followers, the greater the size of the god. The field can get crowded, the advertising intense, as the gods compete for air time and loyalty. Let us see how this knowledge might be applied.

There are gods for everything: The God of Laundry, who restores the one lost sock; the God of The Mother of All Headaches; the God of Parking Spaces; and the God of Snappy Comebacks After Arguments. Most of these pass through their life cycles unnoticed, unheralded, and unmourned because they simply don’t have the polling power of, say, the God of Instant Recall or the God of Social Skills or the big one, the God of Ultimate Truth. The grace note for the smaller ones is that like Home Depot, there’s a tool for every job. If you need to put your hands on a paper clip, the God of Hammers just won’t do.

There is specialization to the nth degree, but the really wise gods become generalists in order to play to the broadest possible audiences. The God of Polite Euphemisms, for instance, competes favorably with the God of Sly Innuendo, while a current favorite, the God of Plain Speaking, polls just ahead of an evangelical mainstay, the God of Thus Saith the Lord.

Granted, there are whole swaths of humanity who have never heard of these gods, of any gods for that matter, for whom the news that gods are dying by the billions arrives with all the interest quotient of banana price indices. These are tough audiences. They are unmoved by tragedy, indifferent to complexity, focused on the trivial, and contemptuous of procedural niceties. They lack a sense of history. Timelines mean nothing to them nor does the inherent authority claimed by certain small gods command respect or compliance.

We may well ask whence cometh and goeth these gods anyway. For this we can turn to Wallace Stevens, one of the truly great American poets and a man of letters, who conjectures in a lecture that “To speak of the origin and end of gods is not a light matter. It is to speak of the origin and end of eras of human belief.” Humans and gods are so closely intertwined, allows Stevens, that the demise of the gods cannot but change the very nature of humans.

I quote at length from his lecture, “Two or Three Ideas,” in Wallace Stevens: Collected Poetry and Prose:

“To see the gods dispelled in mid-air and dissolve like clouds is one of the great human experiences. It is not as if they had gone over the horizon to disappear for a time; nor as if they had been overcome by other gods of greater power and profounder knowledge. It is simply that they came to nothing . . . It was their annihilation, not ours, and yet it left us feeling that in a measure we, too, had been annihilated.”

To be sure, these gods once played a significant role in the lives of many. The God of Tradition, for instance, carried a respectable train of believers for centuries, while the God of Fundamentals enjoyed tremendous growth even as his fundamental traits tripled, making it difficult to clearly discern the fundamentals from the incidentals.

But the God of Institutional Authority, one of the biggest in the pantheon, lost millions of adherents when he abused their trust in a naked grab for more power. The reaction was at first puzzlement: why would he do that? Many had been happy to serve in his court without need for coercion or arm-twisting. But puzzlement turned to concern, and then a stiffening of resolve, as it became clear that the God of Institutional Authority no longer trusted them nor looked on them of equal worth. No amount of evident sincerity could mitigate against the feeling that sincerity could be wrong if it overlooked, nay deliberately set aside, such a foundational element as equality.

The aberrant behavior of the God of Institutional Authority prompted endless discussion, even argument, among those for whom god-watching was their profession, and others for whom it was a consuming avocation. There were some who muttered darkly that such abuse ran in dynastic god families, even unto the third and fourth generation, and that nothing more could be expected from such a god — ‘like father, like son,’ was the summarizing phrase. Others just as vehemently argued that the God of Institutional Authority was merely exercising the power he had been entrusted with to keep order, enforce the rules, and maintain the hierarchy of responsibilities that was so important for a smoothly functioning organization. “It’s not for us to question him,” they said. “He carries enormous burdens. On him rests the well-being of millions. Who are we to thwart the will of the gods?”

This prompted some to turn once again to Stevens, who noted parenthetically that “Their [the gods] fundamental glory is the fundamental glory of men and women, who being in need of it create it, elevate it, without too much searching of its identity.” Stevens then added, prophetically as it turned out, “The people, not the priests, made the gods.”

Among the professional god-watchers there were a few whose expertise and knowledge of the gods was unparalleled. Many people relied upon them to discern the movements of the God of Institutional Authority and his court, and to place this within a larger framework of cosmic events. One of them had been knighted for his efforts and was known affectionately and colloquially as Sir George the Dragon-Slayer. Even though he was supported by a comparatively large and established network, there were those who privately worried that there was a bounty on his head. Some cited Henry VIII’s off-hand and exasperated remark, “Who will rid me of this troublesome prelate,” as historical precedent for vigilante action against Sir George by devoted free-lance enforcers.

This brings us to the present in what is a developing story. Because there are many facets to these developments, one should not be too quick to pronounce that the definitive analysis is in. After all, on the central point of equality of members and service, decades of blue-ribbon commissions were commissioned, only to see their conclusions and recommendations dismissed on the wind. Looking ahead for the consequences of present actions, intended or otherwise, one need only invoke the carefree butterfly flitting above a chrysanthemum on a remote Japanese island, to shudder at the hurricane that might await us up ahead.

In the meantime there comes to us a word from another professional god-watcher, the sociologist Peter Berger, who warned in his book, A Far Glory, about something which seems to have been lost in the current confusion. I will quote it at length:

“All true worship is a difficult attempt to reach out for transcendence. It is this reaching out that must be symbolized, by whatever resources a particular tradition has at hand. . . The community itself is not the object of the exercise; at best it is the subject . . . The congregation itself is not what matters, but the community of the Kingdom of God which the gathered congregation feebly foreshadows. Nor is this proleptic community contained within the walls of a particular sanctuary: It includes the community of the living everywhere, and of the living and the dead; ultimately it includes the worshiping community of the angels and all creation.”

There must be a God for that.