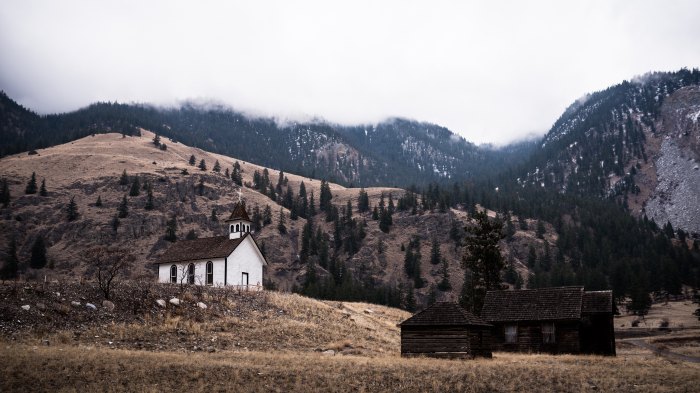 “The sense of identity can make an important contribution to the strength and the warmth of our relations with others, such as neighbors, or members of the same community, or fellow citizens, or followers of the same religion . . . but it has to be supplemented by a further recognition that a sense of identity can firmly exclude many people even as it warmly embraces others.” — Amartya Sen, Identity and Violence

When I was in college in the early 70s I attempted to put a collection of essays together around the theme of “Growing Up Adventist.” I was intrigued by the prospect of different authors writing from various perspectives on how Adventism had influenced their lives. It seemed to me that one’s religion, especially one as self-defined as Adventism, would inevitably encounter creative tension with other influences, like citizenship, ethnicity, gender, language, occupation, art, and politics. I thought it would be interesting, maybe even inspiring, to see, for example, what difference Adventism would make to an aspiring musician or artist or businessperson or professor of English literature. But when I pitched it to Adventist publishing houses I received polite rejections without explanation.

There are probably a number of good reasons why they turned it down, but later I wondered if the whole question of Adventist identity was simply inexplicable to the editors. To propose that there could be multiple Adventist “identities” would suggest that social and biological factors held equal influence with religious beliefs. Even more to the point, recognizing these factors would admit that there’s more to shaping a person’s life than Adventist beliefs alone. To look at Adventism through the lenses of sociology, anthropology, and history is to understand it in its context as a human response to the transcendent. Perhaps that was somehow threatening. Even so, it’s a question that haunts me still today.

I believe now that I was misguided in trying to sift out the nature of Adventist identity as if it were something to be added on top of one’s humanity. For one thing, I remembered C. S. Lewis vigorously decrying the practice of calling oneself a ‘Christian musician’ or a ‘Christian artist’ or a ‘Christian economist.’ The thrust of his argument seemed to be that Christians must not create a parallel and separate universe. Either we are part of this world as participating human beings or we remove ourselves to a panic-room away from the world, thus becoming completely ineffective as witnesses to Christ. Furthermore, the prospect of dicing up the body of Christ into thinner and thinner bits—Roman Catholic, Lutheran, Seventh-day Adventist, United Church of Christ, First Church of Apostolic Disciples, Christian Reformed, Plymouth Brethren, and so on—each one claiming to be a purer, more refined version of Christianity—finally crashes into Christ’s prayer that we might all be one so that the world will believe that God sent him. That hasn’t worked out too well.

Our Adventist forebears lifted up the Sabbath and the Second Coming as points that Christianity had lost or at least downplayed. We emphasized healthy holistic living long before it was mainstream, we were decisive on the dignity of human beings in the face of slavery, and we cherished education that would teach students to be more than “mere reflectors of other men’s thoughts.” All of these are powerful strands in the rope of faith that we grasp today. They are also nudges, we might say, to the flow of Christian praxis in the long history of the body of Christ. But should they comprise an identity, one that stands apart in some important ways from Christianity? Do we lose sight of Christ in the insistence on our differences from other Christians?

I took a double major in college: I took journalism because I loved to write and I took religion because I couldn’t shake off the mysterious figure of Jesus. Not at all sure I was cut out to be a “pastor,” I harbored the idea that I could still minister, so I took religion instead of theology. Like many of my classmates, I had no clear view of what I would do after graduation. My pre-med friends had their lives laid out before them ‘like a patient etherized upon a table,’ to use Eliot’s phrase. They knew what they would be doing for the next ten years and beyond. Me? Not so much.

After high school and through college I worked every summer in some sort of church-related work as a youth pastor in California, as an assistant to pastors in England and Wales, and as a member of The Gate, folk clubs established and run by young Adventists in the United Kingdom. Despite the fact that in my senior year my Religion Department chair called me into his office to tell me kindly, and with sorrow, that I “would never make a contribution to this church,” I continued to think I had something to offer. I had a notion of service that was built on impressions and images from Richard Llewellyn’s book, How Green Was My Valley, about the South Wales Valleys. I fancied that I could minister to those in the coal-mining areas of Tredegar, Rhymney, Merthyr Tydfil, and Rhondda. This was strengthened by working one summer with an Adventist pastor whose parish covered those towns. I went with him as he visited his members, driving up and over the ridges that divided the valleys, dropping down through narrow lanes to some isolated farmhouse and then farther on up to another family. I loved it. It seemed to me, naive and hopeful as I was, that such a simple, lean, and spare life could be, out of sheer necessity, filled with a muscular faith.

The other vivid image I had of ministry came as I worked for a year as a volunteer in the Okanagan Valley of British Columbia. Newly-married and just graduated from college, my wife and I worked with another couple as teachers, counselors, and general helpers in the British Columbia Conference. We lived in the basement apartment of some church members and taught at the local SDA elementary school. One night I saw a public service announcement on our small black and white television. It showed a rancher branding calves amidst milling animals, flying dust, and wind whipping around the corrals. A pickup drives up and out gets a man in black. He takes in the scene and then drops to his knees to help with a struggling calf. The job done, both men clamber to their feet. The tag line identified the Mennonite Church as the two walked toward the house in the distance, the rancher clapping the minister on the back as they talked. It was the earthiness and the “be-here-now” presence of that minister that touched me; he was not afraid to get his hands dirty, literally, in service to his parish.

It’s funny how images stay with us. They become almost totems for us, something rooted in our soil that also points heavenward. Around them forms a cloud of memories, associations, fragments of poem and song, even feelings. These two images, as romanticized as they were for me, held a core truth of a life of service, unadorned and unassuming, close to the earth and to people. It was a faith that found its strength in commonality with others. That is what appealed to me then and still does today.

How are we Adventists to think of ourselves now? This krisis, this cutting-point matters. The compliance vote has laid bare a divide in Adventism. If it is eventually bridged it will only be with time and courage and honesty. Are we a religion of fear and coercion or one of confidence and community?

Lately, I’ve been reading again Jurgen Moltmann’s, The Crucified God. He writes that faith is fearful and defensive when it begins to die inwardly because it grasps for security and guarantees. It usually occurs, he notes, “in the form of an orthodoxy which feels threatened and is therefore more rigid than ever . . . When the ‘religion of fear’ finds its way into the Christian church, those who regard themselves as the most vigilant guardians of the faith do violence to faith and smother it.” Christians who ferociously defend pure doctrine and belief “build a defensive wall round their own little group, and in apocalyptic terms call themselves the ‘little flock’ or ‘the faithful remnant’, and abandon the world outside to the godlessness and immorality which they themselves lament.” They accept their increasing isolation on the margins of society and proudly proclaim it as their badge of faithfulness. Such churches display symptoms of sectarianism in the “preservation of tradition without the attempt to found new traditions . . . increasing unwillingness to undergo new experiences with the gospel and faith, and the language of zealotry and militant behavior in disputes within the church.”

Moltmann asks, “Where does the identity of the Christian faith lie?” It’s usually tagged to membership, but that simply shifts the problem, since the church is affected by so many other interests. We could point to particular experiences we have had or examples of conversion and grace. But even these do not guarantee one’s Christian identity. Ultimately, says Moltmann, our identity is not found in our own personal faith, but in Someone who is more than our own faith. “Jesus was folly to the wise,” asserts Moltmann, “a scandal to the devout and a disturber of the peace in the eyes of the mighty. That is why he was crucified.”

So I wonder if my Christian identity should not be found with Christ first of all, specifically the crucified Christ, the one who draws all the abandoned and displaced ones to him; the Christ who came for the sick and the lost. With the right vision I can see myself as I am, all pretension aside, as real as I can bear to be, in need of grace and healing.

The most compelling analogy for Christian identity that I can think of is that of salt, which brings out the best in the world and its people, while at the same time disappearing into it. It melts ice, and it can melt the cold, mirthless, calculating heart of this world too. It is quietly pervasive, but if it wasn’t there you would miss it.

One thought on “A Wider Embrace”