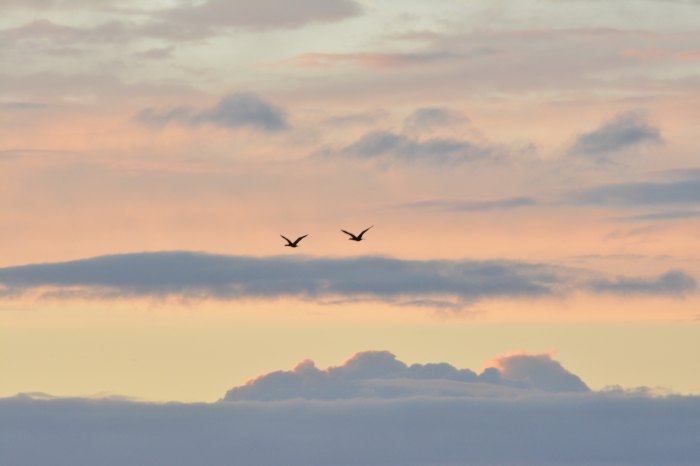 “But a thinker who has no desire to think cannot think . . . And one who desires but cannot imagine what it is he wants is not getting very far with his desire, which, if it were real, would attempt to achieve an intelligible form.” — Northrop Frye. Fearful Symmetry, 27

How might we know an infinite God . . . as finite as we are? If we shall someday perfectly “know as we are known,” and if perfection is completeness, and if we’ve never experienced perfection, would we know the Infinite if we believed?

Reinhold Niebuhr, writing in Beyond Tragedy, says we have lost the tragic view of life. We think history is the record of “the progressive triumph of good over evil.” We do not recognize the “simple but profound truth that man’s life remains self-contradictory in its sin, no matter how high human culture rises; that the wisest expression of human spirituality, therefore, contains also the subtlest form of human sin.”

Our human tragedy is that we burn for the Infinite, yet we lack the imagination to reach for it.

What if we were honest with ourselves and admitted that what we know about the patriarchs and prophets in the Bible isn’t much after all? That in the stories we grew up with we got flashes of insight like lightning in thunderclouds or we heard something faint, like French horns in a fog, that made us curious, longing to climb through the story and drop down to the person beyond? That maybe, with respect, we need to bracket for the time being the things we’ve been indoctrinated with and widen our scope. That most of what we know about God that wasn’t thrust upon us we picked up at a yard sale secondhand, and maybe it’s time we thought for ourselves as we read these stories. Maybe it’s time we see David, Rahab, Jereboam, Isaiah, and Jonah as real people instead of characters in a sermon illustration that inevitably ends up somehow washed of all life’s reversals, misunderstandings, beauty and tragedy, and reflects—however improbably—the necessary successes of a middle-class American life.

We have two sources to think and imagine our way into the lives of these ancients: the tradition of memory and our personal insights. We hear our tradition as we read these stories together; we understand ourselves as we stand within the shadows of these people.

When we read, says Northrop Frye, we feel the centripetal force within the story, drawing us into its time and place; we also feel the centrifugal force spinning us out through memory to the external world and the meanings we associate with the words we read as we align ourselves with our reality.

As Christopher Fry says in his play, The Dark is Light Enough, “in our plain defects we already know the brotherhood of man.” Can we know then, these people whose experiences are so distant from ours in time and yet who are so tangibly, breathtakingly, solidly drawn?

Thought and desire, reason and imagination . . . these are the avenues of the soul Godwards, even as we sit trapped in traffic at the end of the day.

Our human tragedy is that we do not burn for the Infinite, yet we envy those who do.

What is tragic about exceeding our limitations, about “reaching for the stars,” about striving to become more than what we are? Isn’t this the very core of American exceptionalism and individualism, that we are limited only by our ambition and work ethic? That if we work hard enough we can achieve anything we put our minds and our hearts to? That we can fly if only we believe we can?

The poet, Stephen Spender, says in The Public Son of a Public Man,

“How shall we know that we really exist

Unless we hear, over and over,

Our egos through the world insist

With all the guns of the self-lover?”

We desire to be gods in our impatience with the “merely” human. When we substitute the penultimate for the Ultimate, says Paul Tillich, our false gods dry us up at the root.

Our human tragedy is that we burn for the Infinite, yet we cannot fully perceive it.

We cannot tell the whole truth about God because we do not know it and we couldn’t express it fully even if we did. That’s our tragedy, such as it is, when we live and move in the Spirit in this mortal dimension. When we speak or write in the name of Christ, then, we know that we are deceivers, yet true. Going in we know that whatever our metaphors of God in our best moments of self-reflection, our highest reach for truth, they will still result in gaps, miscues, diversions, and muddiness when we express them. To take the pulpit swelled with pride is to guarantee our own deflation. Yet in imagination, through will and hope, in some mysterious way through God’s Spirit, we may be lifted higher.

“Our minds are constantly trying to bring God down to our level,” says Christian Wiman, in his My Bright Abyss, “rather than letting him lift us into levels of which we were not previously capable.”

What we do know is that our best in potentia falls short in actuality. Between imagination and action, between desire and fulfillment, between thought and speech, between the mountain spring and the sea, lie numberless deflections, any one of which can turn the flow in another direction or stop it up completely. But we try. That’s what matters.

Niebuhr says, “Human existence denies its own deepest and most essential nature. That is tragic . . . But out of this despair hope is born. The hope is simply this: that the contradictions of human existence, which man cannot surmount, are swallowed up in the life of God Himself. The God of Christian faith is not only creator but redeemer. He does not allow human existence to end tragically. He snatches victory from defeat (19).”

There is a moment of finite perfection. It lingers before the singer takes a breath or the preacher speaks the first word before her people or the diver on the cliff’s edge flexes up on his toes before flight. In that moment is the potency of imagination, that which none greater can be experienced under our bright star.